YouTube, owned by Google, deprecated their v2 APIs on April 20th, 2015, which means that RSS news readers can no longer watch for new videos. What a bummer!

Except it’s not at all a big deal because here at NewsBlur we’re making sure that your videos keep coming in. Previously enterprising users setup hacks and workarounds for the API, which was a somewhat tedious solution as you had to update each feed and prone to breaking in the future.

But there’s good news today because NewsBlur now has a custom-built solution for YouTube videos. All of your existing YouTube RSS feeds are automatically ported over to the new YouTube video fetcher. 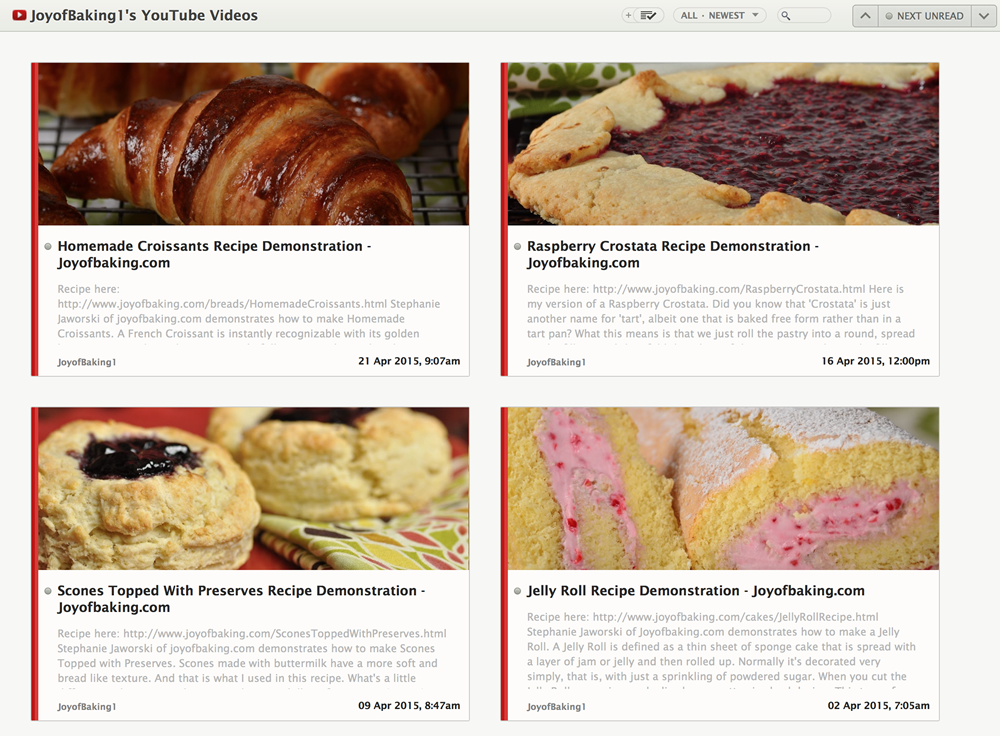 And that’s not all. The improved YouTube video fetcher now displays a big embedded video so you can watch the video right in NewsBlur. 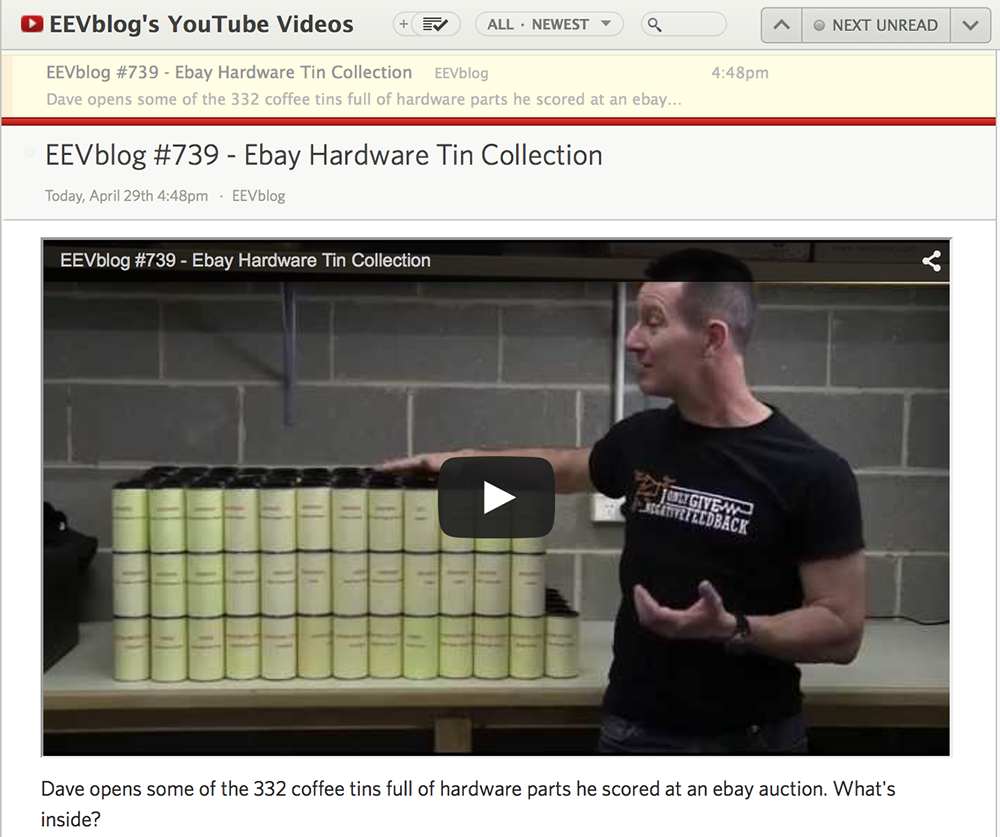 To subscribe to new YouTube channels, just enter in the URL of the channel in the Add Site popover.

When Google takes away your tools, NewsBlur builds them better than before.

...And this is why I'm subscribed since basically the beginning :D
Rodos, Greece

How cool! Thank you Samuel.

I don't even subscribe to YouTube videos in NewsBlur, but I'm going to now, just because Samuel's so awesome.
Denver

nevergirl
Ditto! I had no idea this was even a thing.. subscribing immediately!

gazuga
I subscribe to several, and thought I'd have to delete them all. Now they're not only usable again, they're an improved experience. Down with Google, up with NewsBlur!

Cthulhux
reply
InoReader had it before. :p

"When Google takes away your tools, NewsBlur builds them better than before."

Thanks for considering US the customers and not random ad-buying robots.
Louisville, KY

Now that's how you solve all the things.

Offline reading and a dark theme on the Android app
Tuesday November 18th, 2014 at 8:55 AM

This is a huge release for the NewsBlur Android app. So much has happened in the last six months. We’ve had a big backend rewrite that makes the app feel like new. It’s faster, which is necessary to make the new offline reading feature really shine. Now you can read on your Android phone or tablet while on the train, underground, or just in airplane mode to save battery.

Better yet, not only can you read while offline, but you can better read at night with the new dark theme. Take a look. 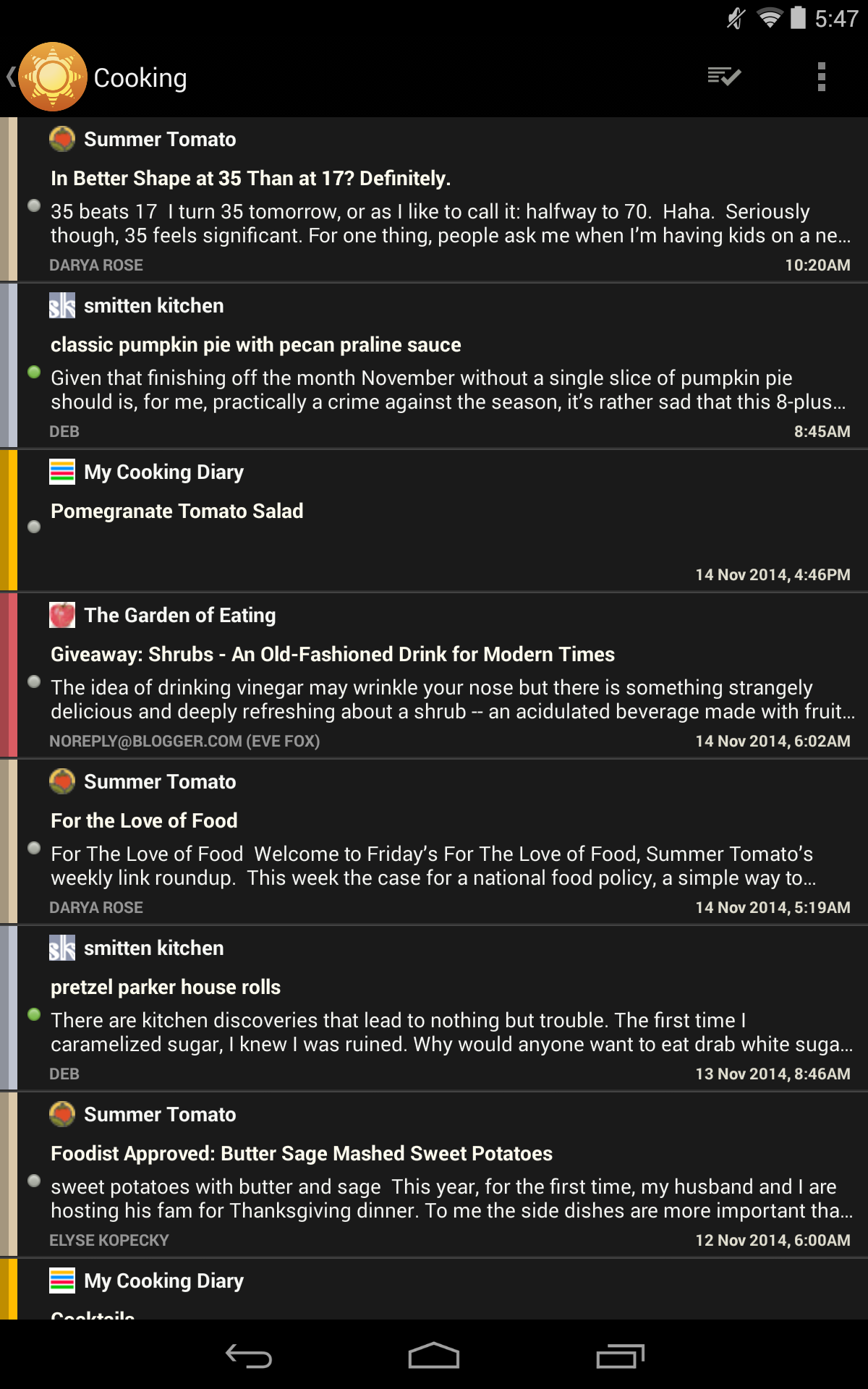 The NewsBlur Android app is a free download. And as always, there’s more big ticket features coming soon for Android.

stavrosg
reply
Thank you! Allthough I believe that the previous version force-closing on Lollipop could have forced your hand on this release, but anyway, new is allways good x-D
Rodos, Greece

samuel
We were actually set to release this about a month back, but then reports came in of Android L crashing, and that took a bit of work to fix up. So we delayed the big offline/dark theme release to also support Lollipop.

kevjava
Samuel: Thanks for the fix, and the dark theme. The L crash was impacting my morning coffee time. :)

stsquad
reply
Finally. It fixes the issues with Lollipop as well.
Cambridge, UK

keybits
reply
This is very much appreciated :-) Thank you!
West Cork, Ireland

Nobody cares what you think, stomach by The Awkward Yeti
Wednesday August 27th, 2014 at 9:49 AM

SQL humor never gets old, does it?
Charlotte, North Carolina

denubis
reply
I would like to do this today, please.

zippy72
More readable to a non-technical audience. Underscores _feel_ like "real computing" to everyone whose only databases were generated by an Access wizard dialog :) 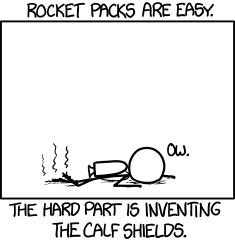 Alt-text: Every year: 'It's --I want my jetpack [and also my free medical care covering all my jetpack-related injuries]!'
Rodos, Greece

Today's comic is a response to this individual.

God-fucking-dammit.
Next Page of Stories